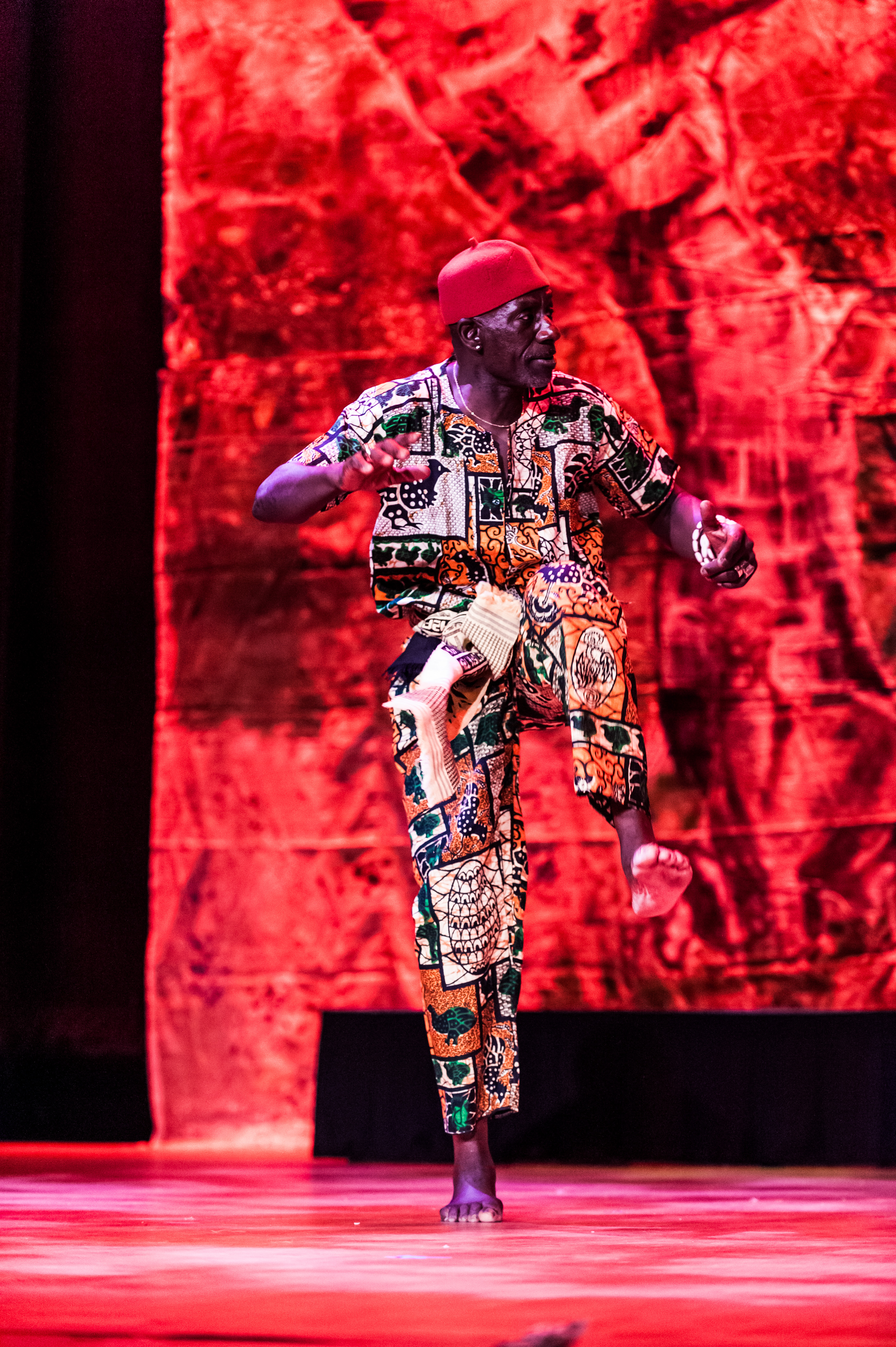 Assane Konte, a national of Senegal, West Africa, is one of the original founders of KanKouran West African Dance Company. He also serves as the company’s Artistic Director, choreographer, and costume designer.  Mr. Konte began his dance training at age 12 and has studied with many prominent traditional dancers and musicians from Gambia, Guinea, Mali, Cote d’Ivoire, Togo, and Senegal.

His career as a professional dancer began at age 15 with “Ballet Africaine de Diebel Guee” of Dakar, Senegal. During his ten years with the company, he electrified audiences with his highly energetic performances, while simultaneously developing his own unique movement style. In 1978, following a tour in Cote d’Ivoire where he worked and performed as a guest consultant for a locally-based dance company, Mr. Konte came to the United States to pursue a career as an independent performer. He worked with numerous organizations as a musical arranger and guest choreographer.

Mr. Konte left Africa with the dream of establishing his own dance company in Washington, D.C., the nation’s capitol.  Thus, in 1983, along with his childhood friend and master drummer, Abdou Kounta, he founded KanKouran West African Dance Company. Mr. Konte assumed the responsibilities of Artistic Director of the company. Since that time, his lifelong dedication to preserving and sharing Africa’s rich culture through dance and music has made him a goodwill ambassador, promoting cross-cultural appreciation and understanding in the many performance venues in which he and the company have appeared. For his tireless work, innovative choreography, and outstanding contribution to the community, Mr. Konte has been the recipient of several prestigious awards including numerous Outstanding Community Service Awards. In 2019 Assane was awarded a Dance/USA Fellowship to Artists, through the generosity of the Doris Duke Charitable Foundation (DDCF).

His choreography and costume designs have enhanced not only KanKouran’s stage presence, but also that of countless local and national dance companies as well. Through his careful and meticulous choreography, Mr. Konte has taken U.S. based African dance to another level. Simultaneously, he has challenged his company’s dancers and drummers to achieve impressive levels of virtuosity and technical ability. Although Mr. Konte choreographs primarily for his own company, his ingenious creativity and spirit is always in demand at home and abroad. Consequently, he conducts annual programs in Poland, Hawaii, Japan, and St. Croix. Mr. Konte has held faculty positions in the dance departments of several prestigious universities in the Washington, D.C. area including Georgetown, George Washington, American and George Mason Universities. He presently serves on the faculty at Howard University.

Mr. Konte’s awareness of African dance as a universal language has allowed him to reach out to other artistic traditions. As a result, KanKouran has performed with symphony orchestras, chorales, church-based dance groups, tap-dance companies, ballet companies, theatrical productions and other drum and dance companies from around the world.